Over a century ago, space and time were united into a single concept of “spacetime” and understood to dynamically curve in response to all forms of energy. As formulated in Albert Einstein’s theory of general relativity, a foundational pillar of theoretical physics, this curvature gives rise to gravity. However, general relativity is incompatible with quantum mechanics, another foundational pillar of theoretical physics. While quantum mechanics is most striking on microscopic scales, it deeply affects our everyday lives. Physicists have long sought a framework that would unify general relativity and quantum mechanics. This framework, dubbed quantum gravity, would not only be complete and self-consistent but would also resolve long-standing puzzles regarding spacetime: how did it come to be, what is its ultimate fate, and why do we experience it at all?

In 1998, Juan Maldacena conceived the gauge/gravity duality in the context of string theory. This conjecture equates two seemingly disparate theories, one containing higher-dimensional gravity and the other a lower-dimensional quantum field theory. Such a correspondence is called “holographic,” referring to the fact that a lower-dimensional theory can reproduce a higher-dimensional one. This has been a crucial tool for physicists seeking to understand spacetime at a deeper level, but many long-standing puzzles remain unsolved. Over the last decade, we have uncovered many tantalizing hints that spacetime might also be fundamentally tied to quantum entanglement. These developments underlie an active area of research and underpin the KITP research program “Gravitational Holography” concurrent with this Teachers’ Conference. The speakers will be drawn from the program participants and are world-leading experts in the field. 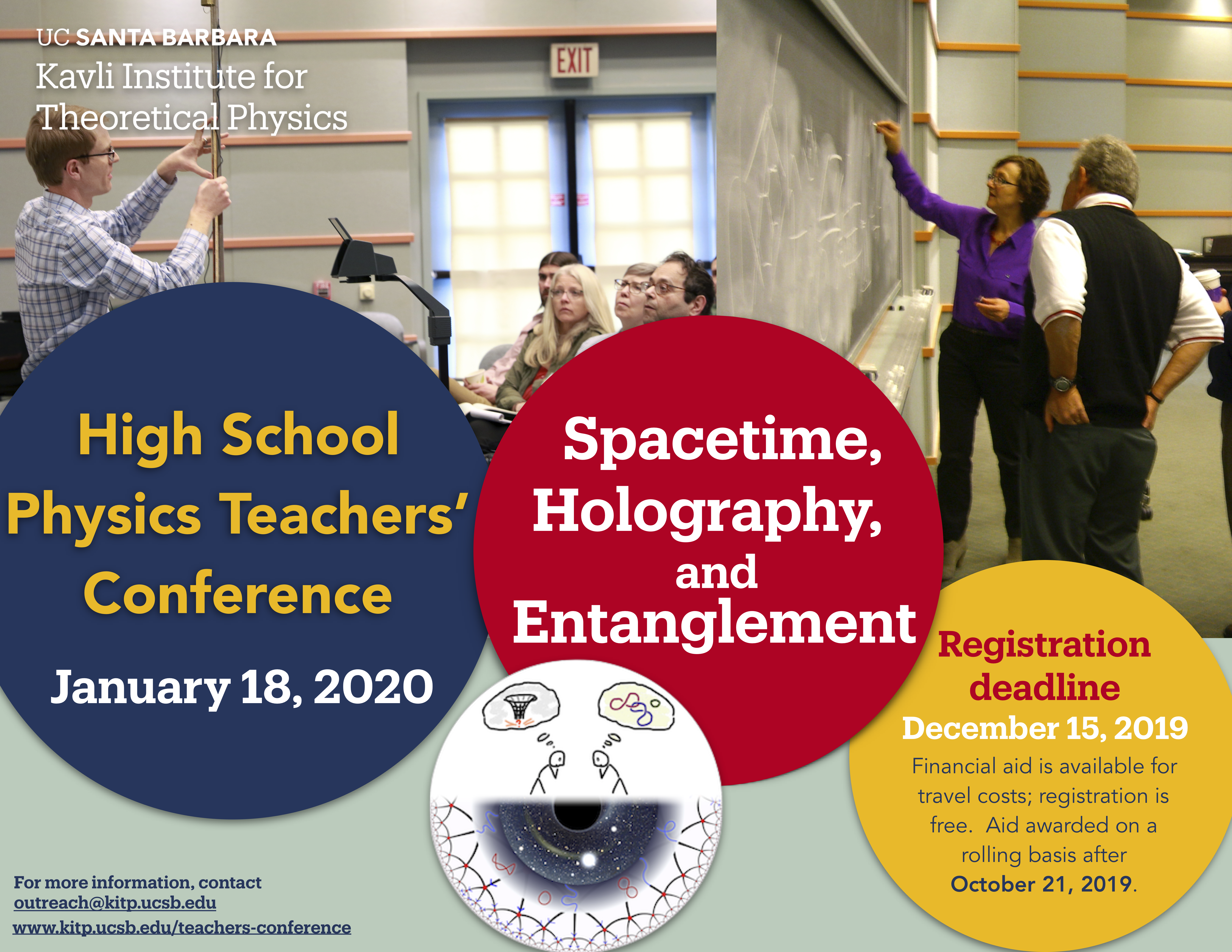